Who is still watching TV?

You would think, perhaps, from the press that everyone is bingeing Box Sets on Netflix, viewing Amazon Prime Video, or streaming cat and dogs on Youtube? But people are still watching TV 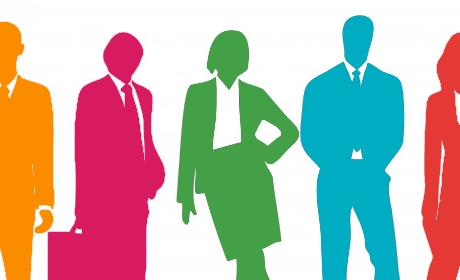 Here’s some data from the people who sell the idea of TV adverts, Thinkbox [1].  This graphic shows – to June this year – how many TV adverts people watch per day.    The sizes of the circles show the number of people in the UK in each of the categories.

If you’re not familiar with the scheme, ABC1 means “middle class” and C2D2 means “everyone else”. 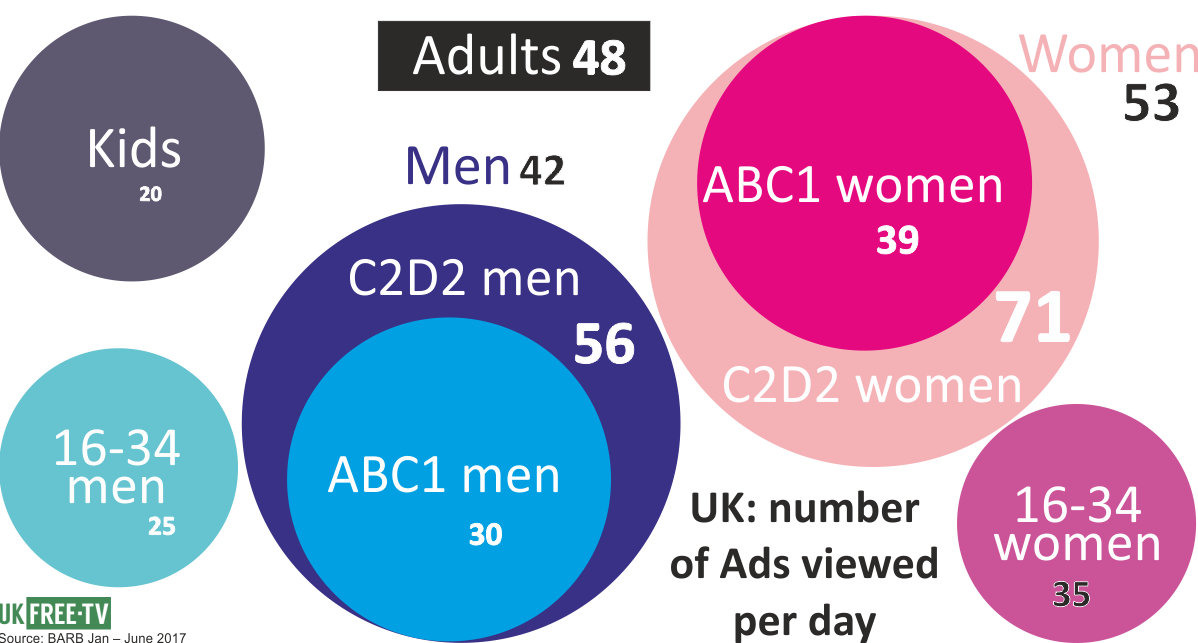 The data can also be broken down to the number of adverts per hour watched by each of these groupings of people.

The following graph shows the viewing of the BBC television channels over the last 25 years.   The red line is the average over a 52-week period.   I’ve marked in the Directors General over the time on the graph.     It is clear that the BBC has the share of all viewing has grown this century after falling back in the 1990s.

Some people are not watching TV any more

Overall, only 14% of TV watching is recorded.   But that rises to 22% for younger women and 20% for kids.    Adding in the current figures to the longer term trend sees a small overall decline (206 minutes a day), a huge decline for young adults (down to 125 minutes) and kids just 85 minutes. 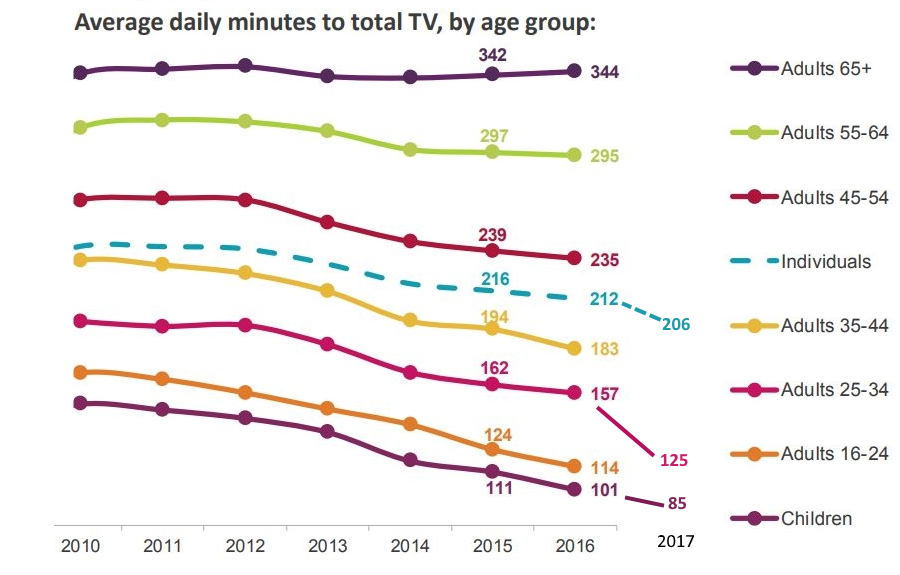 Which catagoery do you and your family find yourself if?   Let me know below in the comments.


Help with TV/radio stations?
[][][
In this section
Comments
MikeP
sentiment_very_satisfiedPlatinum
9:06 PM
My wife and I use Freeview, Freesat and Sky most of the time. We don't watch any football at all but I am interested in Formula 1, but even that is not available live much these days. We mostly watch live but when programmes clash we record one and watch one live, then watch the recorded programme.

We also have Amazon Prime and we like some of the films they show - but very selectively. Those are the onl;y things we stream to watch.

I used to be a TV engineer since 1969, before that I worked for Philips in their Croydon factory. I am also a contributor to this website to help people having reception problems.